“Best long range goal scorer and passer i have witnessed live in my life.”

“What a legend of world football. Best midfielder of the world. He is a total playmaker a unique player who it’s been a pleasure to enjoy so much in Premier league since he came the best football player of the league”

“Kevin Debruyne always turns up in big games. That’s the most important thing. Also, he doesn’t score a lot of goals, but whenever he scores, it’s a BANGER🔥⚽️🥅”

“Pep was one of the best midfielders in his day under Cruyff, it’s only fitting that he creates monsters in the same position”

“Vision of ozil, long shot good as gerrard, good with both feet. Ability to play deadly through ball like iniesta xavi. Ability to deep playmaking likr pirlo. Could Cross like beckham. Decent on the ball. Good work rate. Play under one of the greatest coach. Great character great guy great leadership. what else could u ask for ?”

“a player with a combination of xavi and iniesta into one player, namely KDB, the perfect player 💙” 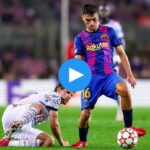 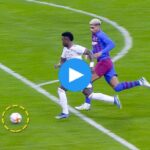