Julian Alvarez, Stefan Ortega Moreno and Kalvin Phillips played their first game as Manchester City players as we returned to action with victory over Club America in the opening match of our pre-season tour of the United States.

Erling Haaland was an unused substitute as Kevin De Bruyne’s brace gave Pep Guardiola’s side a 2-1 win over the Mexican outfit at Houston’s NRG Stadium.

The Belgian opened the scoring with a trademark finish on the half hour mark, riding two challenges on a burst forward and curling a wonderful 18-yard effort into the far corner.

Club America levelled against the run of play 13 minutes later as striker Henry Martin latched onto a lofted ball over the top and checked inside Nathan Ake before squeezing the ball between Ortega Moreno’s legs.

De Bruyne sealed the win on the stroke of half-time, ghosting in behind the opposition defence to collect Riyad Mahrez’s perfectly weighted through ball and firing underneath Oscar Jimenez. 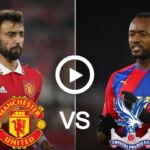 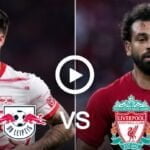