Antonio has been in excellent form with West Ham United this season, netting six goals in just ten Premier League matches, and Jamaica hoped he could carry that momentum over to the national squad.

On Tuesday, though, he defied his domestic form by scoring a type of goal he had never scored in England’s top flight, and had not scored at all in the previous seven years.

As the Reggae Boyz secured a good point versus USA, the 31-year-old scored a fantastic goal from outside the box, which he has never done in the Premier League.

MICHAIL ANTONIO. THERE WAS NO STOPPING THAT. 😳

His second goal in three appearances for Jamaica 🇯🇲 pic.twitter.com/r6uK1XUCkZ

Antonio has been called up to the England squad by both Sam Allardyce and Gareth Southgate in the past, but he has never played for the Three Lions.

He announced earlier this year that he would switch allegiance to Jamaica and that he wanted to assist them qualify for the World Cup next winter.

He was unable to obtain a Jamaican passport in time for the start of the qualifying campaign or the Gold Cup last summer.

He made his debut in a qualifying loss to Panama in September, and he scored his first goal in a 1-1 tie with El Salvador last week.

Jamaica experienced a repetition of that result on Tuesday, as they drew with their superior opponents, albeit it’s unlikely to enhance their chances of reaching Qatar.

With six games remaining in the qualifications, Jamaica sits in sixth place in the rankings, seven points behind fourth-placed Panama. 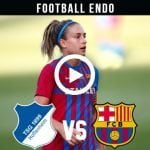 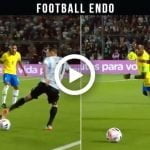