The 22-year-old signed up for the Gunners on loan in January after struggling for opportunities at Real Madrid.

Before putting pen-to-paper, however, Odegaard consulted his fellow countrymen, who each have experience of life in the English top-flight.

“Yeah, I spoke to both of them.

Quizzed on if he spoke to King and Berge, Odegaard told the Premier League’s YouTube channel.

“I also spoke to another guy who used to play at Fulham, Stefan Johansen.

He was the former captain of the national team so I spoke to him to know a little bit about the league and how they saw the league.

“They had only good things to say about the league and everything here from the football and they told me a lot of good things.

“The Premier League is really big in Norway so I grew up watching it every week and everyone in Norway follows the league so close. It’s a dream to be able to play here.” 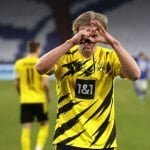 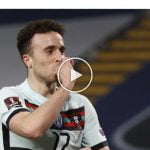