Preston North End is going head to head with Liverpool starting on 27 Oct 2021 at 18:45 UTC at Deepdale stadium, Preston city, England. The match is a part of the EFL Cup.

Preston will be missing Alan Browne, who was sent off late in the weekend’s game against Blackpool.

Connor Wickham, Isaiah Brown, and Ched Evans are also out, although Sepp van den Berg, a loanee from Liverpool, has been given permission to play against them.

Josh Murphy has also been ruled out due to an ankle injury, but there is hope for Matthew Olosunde and Alistair McCann, who are both expected to return.

Emil Riis Jakobsen is anticipated to lead the line, having scored in every round of the competition thus far and accounting for four of Preston’s 11 League Cup goals.

After being left out of the XI at the weekend, Sadio Mane and Joel Matip could start, while Joe Gomez, Neco Williams, Kostas Tsimikas, and Takumi Minamino will all be hoping for playing time.

Divock Origi, who has scored 10 goals and created two more in his in nine League Cup appearances, is expected to lead the line.

With Caoimhin Kelleher’s recovery from sickness having hit a snag and Alisson Becker likely to be rested, Adrian might get a rare start in goal.

Kaide Gordon, a promising 17-year-old forward, played in the previous round and could have been in line to start again in this encounter. 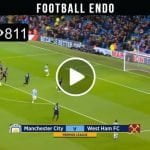 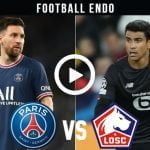