Karim Benzema’s remarkable second-half hat-trick helped Real Madrid advance to the final eight of the Champions League with a 3-1 win against Paris Saint-Germain at the Bernabeu, with a 3-2 aggregate scoreline over the course of the round-of-16 series.

PSG took control of the game when Kylian Mbappe scored the game’s first goal, giving them a 2-0 lead. However, a terrible error by Gianluigi Donnarumma gave Madrid a lifeline, as Benzema pushed the goalie and scored from a Vinicius Junior cutback.

The Frenchman then scored twice in two minutes to complete his hat-trick and send his club into the quarter-finals, surprising Mauricio Pochettino’s troops. 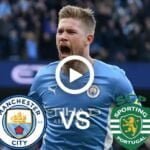 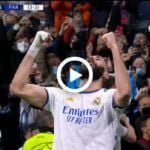