Vinicius found himself near the corner flag with little room to manoeuvre midway through the second half.

With Molina closing in on him, Vinicius masterfully lifted the ball above his opponent’s head with a flawless rainbow flip.

Despite this, Argentina was able to secure a spot in next year’s World Cup in Qatar, despite Uruguay and Chile both losing their respective qualifications.

Lionel Messi and his teammates will now join the five-time world champions in the event. 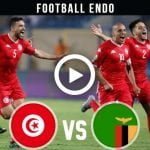 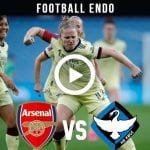