West Ham United is going head to head with Liverpool starting on 7 Nov 2021 at 16:30 UTC at London Stadium stadium, London city, England. The match is a part of the Premier League.

Both Andriy Yarmolenko and Nikola Vlasic were injured in the midweek draw against Genk and are uncertain for this match, but neither would have started anyway.

Moyes did not express any new concerns following the stalemate in the Europa League and is expected to reinstate Johnson and Kurt Zouma to the backline this weekend.

Tomas Soucek, Pablo Fornals, and Jarrod Bowen will all return to the Premier League XI, but Manuel Lanzini, Mark Noble, and Arthur Masuaku are all expected to be dropped.

Liverpool’s Roberto Firmino suffered a “severe” hamstring injury in midweek, while Curtis Jones is out with an eye injury and Joe Gomez has a calf problem, according to Klopp.

Jones’ absence adds to Liverpool’s midfield issue, which also includes Naby Keita, James Milner, and Harvey Elliott. However, Fabinho and Thiago Alcantara, as well as Alex Oxlade-Chamberlain, are all set to return.

Salah is seeking to become the first player to score in his team’s first six Premier League away matches, having previously tied Thierry Henry’s five-match record. 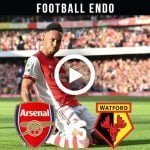 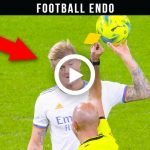