After informing the Real Madrid squad of his decision, Zidane will leave the club at the end of the season.

Prior to last Sunday’s 2-2 draw away to Sevilla in La Liga, the Frenchman revealed his decision in the dressing room.

🚨| Sources from the inside of Madrid dressing room have confirmed Zidane has told his players that he's leaving. They confirmed he did that before the Sevilla game.@MarioCortegana [🎖]

He resigned for the second time in as many years, the first time following Madrid’s third consecutive Champions League triumph in 2018.

In La Liga, Madrid will face Athletic on Sunday before finishing the season at home against Villarreal on May 23.

Zidane will be in charge of the Blancos for the final two games after opting to end his second spell on the bench. 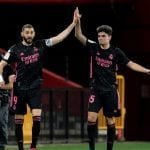 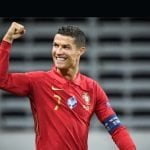