Barcelona fresh of their Pre Season ‘El Clasico’ over their arch rivals will be facing Juventus. Juve started their pre season tour with a victory over Guadalajara and will be looking to continue their winning run. Xavi and his troops are preparing for their opening home game against Rayo Vallecano in La Liga.

When will Barcelona vs Juventus be played?

What time will Barcelona vs Juventus be played?

Where will Barcelona vs Juventus be played?

It will be played at the Cotton Bowl Stadium in Dallas.

Barcelona manager Xavi is unlikely to make many changes from the starting lineup that faced Real Madrid in El Clasico, considering some players only played 45 or 62 minutes.

Kessie, on the other hand, might return to the midfield, possibly replacing Gavi, while Sergino Dest could start at right back, with Ronald Araujo shifting inside.

Both Ousmane Dembele and Pierre-Emerick Aubameyang will compete for the starting spot, although Raphinha, Lewandowski, and Ansu Fati might remain as the front three.

Allegri is anticipated to make changes to the team that began against Guadalajara, with summer signings Pogba and Bremer likely to be included.

Leonardo Bonucci and Dusan Vlahovic were unused replacements in the team’s first summer friendly, but they are likely to play against Barcelona.

Denis Zakaria might possibly move into the midfield, but the full-back positions are unlikely to change, with Juan Cuadrado and Alex Sandro certain to remain. 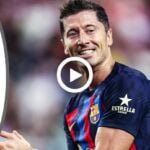 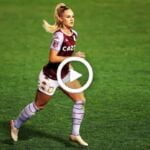