Brentford is going head to head with Chelsea starting on 16 Oct 2021 at 16:30 UTC at Brentford Community Stadium stadium, London city, England. The match is a part of the Premier League.

Shandon Baptiste was substituted in the first half against West Ham after dislocating his shoulder, and he will not play tonight, while Mads Sorensen and Josh Dasilva will be out for the foreseeable future.

Kristoffer Ajer and Vitaly Janelt may be able to return from thigh injuries in time for this game, but Janelt’s absence would allow Mathias Jensen to start in midfield.

Wissa could not have done more to earn a starting spot, but he will almost certainly only get one if Frank chooses to sacrifice a central midfielder against the league leaders, which seems doubtful.

Due to his late return from international service, Chelsea veteran Thiago Silva will not participate, although Reece James and N’Golo Kante are back in training after recuperating from ankle injuries and coronavirus, respectively.

The Blues were dealt an injury scare when Romelu Lukaku pulled out of international duty due to muscle overload, but Tuchel has announced that the Belgian will play, along with Antonio Rudiger and Christian Pulisic.

Both Kai Havertz and Mason Mount started against the Saints but should be good to start here, although Hakim Ziyech is questionable due to illness. 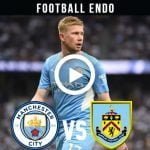 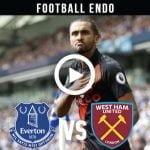