Chelsea is going head to head with Burnley starting on 6 Nov 2021 at 15:00 UTC at Stamford Bridge stadium, London city, England. The match is a part of the Premier League.

Chelsea will be missing Romelu Lukaku, Mateo Kovacic, and Timo Werner due to injuries, while Mason Mount, despite returning to training on Thursday, remains a concern owing to illness.

N’Golo Kante was not played against Malmo in the Champions League on Tuesday, but he could be available here; Tuchel, on the other hand, will find it tough to bench Ruben Loftus-Cheek after his impressive performance last time out.

Hakim Ziyech and Callum Hudson-Odoi are anticipated to partner Kai Havertz in the final third of the field, while Reece James and Ben Chilwell should return to the wing-back positions after being benched for the European match earlier in the week.

Tuchel also ruled Marcos Alonso out of the encounter during his press conference on Friday, citing an ankle ailment for the Spaniard.

Burnley’s Dale Stephens is still out with a foot injury, while Aaron Lennon is a doubt owing to illness, according to Dyche during his pre-match press conference on Thursday.

The visitors are in good form on the whole, and it wouldn’t be surprising to see the same starting lineup as against Brentford, with Cornet partnering Wood in the last third of the field.

Dwight McNeil and Johann Berg Gudmundsson should operate in the wide areas in a 4-4-2 formation, with Josh Brownhill joining Westwood in the centre. 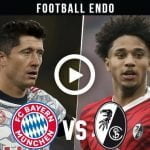 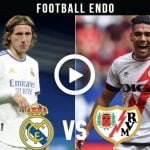