Chelsea is going head to head with Malmo starting on 20 Oct 2021 at 19:00 UTC at Stamford Bridge stadium, London city, England. The match is a part of the UEFA Champions League, Group H.

Antonio Rudiger is out again due to a back problem, while Thiago Silva is back after missing the game against Brentford due to his late return from international duty.

Silva, Andreas Christensen, and the young Malang Sarr, who shone in his debut Premier League outing on Saturday evening, might form a back three.

After receiving a red card against Zenit last time out, Malmo’s Anel Ahmedhodzic is suspended, and Niklas Moisander is likely to fill in.

Oscar Lewicki, Jonas Knudsen, and Ola Toivonen are all out due to knee injuries, while Felix Beijmo is still out due to a collarbone injury. 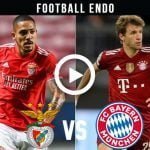 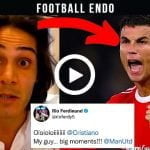