Chelsea is going head to head with Norwich City starting on 23 Oct 2021 at 11:30 UTC at Stamford Bridge stadium, London city, England. The match is a part of the Premier League.

Antonio Rudiger is out again due to a back problem, while Thiago Silva is back after missing the game against Brentford due to his late return from international duty.

Silva, Andreas Christensen, and the young Malang Sarr, who shone in his debut Premier League outing on Saturday evening, might form a back three.

Meanwhile, Billy Gilmour will miss Norwich’s match against his parent club, but the Chelsea loanee has been linked with a January return to Stamford Bridge.

The Canaries will hope to welcome back Przemyslaw Placheta (fitness), while Sam Byram and Christoph Zimmermann, as well as Todd Cantwell, will be absent for the time being.

Farke is unlikely to make any changes from the squad that held Brighton to a 0-0 draw last time out, with Pukki and Josh Sargent continuing their top-flight pairing. 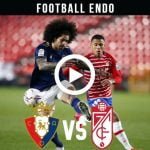 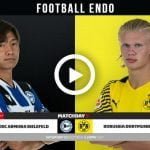