Chelsea FC Women is going head to head with Servette FC Chênois Féminin starting on 18 Nov 2021 at 20:00 UTC at Wheatsheaf Park stadium, Staines city, England. The match is a part of the UEFA Women’s Champions League, Group A.

Servette will be hoping that Padilla’s current league form will be carried over to the Champions League, as the Polish international has scored three goals in her past two league games.

Maendly came in at halftime against Chelsea, but she is anticipated to start and score a brace on Thursday after starting and scoring a brace at the weekend.

Pernille Harder and Aniek Nouwen are not likely to play in Thursday’s game due to injury concerns.

Meanwhile, Kerr’s contract was extended until 2024 on Tuesday, and the Australian forward will be hoping to keep up her fine goal-scoring form, having scored three goals in her last two games.

Fleming has been impressive after starting the last three games, scoring in each of them, and she will seek to add to her score on Thursday. 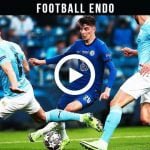 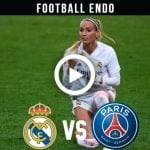