Football clubs occasionally make a signing or two that have a massive impact on their team, regardless of the stature or pedigree of the player(s) in question at the time.

Whether it was show-stopping marquee signings like Zinedine Zidane’s legendary €77.5 million move to Real Madrid or under-the-radar transfers like Vincent Kompany’s €8.5 million move to Manchester City, they would go on to play pivotal roles in their respective teams in the years to come.

Bruno Fernandes is a more recent, but excellent, example of such a move. Since joining the club, the Portuguese has single-handedly transformed Ole Gunnar Solskjaer’s team.

Similarly, in football, there have been numerous such transfers that have drastically altered a club’s fortunes. In this article, we look at five examples from the post-2000s era.

When Liverpool announced in January 2018 that they had signed Virgil van Dijk from Southampton for a record-breaking £75 million, he became the most expensive defender in football history. All doubts about the fee paid for him were quickly dispelled, as Van Dijk quickly established himself as one of the best signings in league history.

Van Dijk made an immediate impact by assisting Liverpool to the 2018 UEFA Champions League final, followed by another appearance in 2019, which they won.

Van Dijk then played every minute of Liverpool’s record-breaking 2019/20 season, which saw the Reds finally win the Premier League after a 30-year wait.

Barcelona were far from being the all-conquering side they became under Pep Guardiola in the early 2000s. From the summer of 2000 to the appointment of Frank Rijkaard in 2003, they went through four managers.

Upon his arrival, the Brazilian legend went on to bring the Catalans tremendous success. Ronaldinho led Barcelona to their first league title since the turn of the century, the previous one coming in the 1998/99 season, just a year after his arrival.

Barcelona won the LaLiga for the second year in a row in 2005/06, and went on to win the UCL, ending a 14-year wait for a European title. For his heroics, Ronaldinho was also awarded the Ballon d’Or.

Olympique Lyon reigned supreme as the kings of the land before Paris Saint-Germain established themselves as the most dominant club in France in 2012/13, and much of that had to do with the majestic Juninho Pernambucano. In 2001, the Brazilian midfielder moved to France from his native country, sparking an era of unprecedented success for Les Gones.

While Pirlo and Van Dijk helped Juventus win their first Scudetti in nine years and Van Dijk ended Liverpool’s 30-year wait for a title, Juninho did something truly remarkable, something only a few players can claim: he led Lyon to their first league title in their 102-year history.

The Brazilian’s brilliance helped Lyon establish a dynasty in French football, as he led Lyon to seven Ligue 1 titles in as many years, and he currently holds the joint record for the most titles won in France.

In the mid-2000s, Juventus was embroiled in the infamous Calciopoli scandal, which resulted in the revocation of their league titles from 2005 and 2006. The 2002/03 Scudetti champions would not win another league title until 2011/12, which coincided with the arrival of a long-haired Italian at the newly-built Juventus Stadium.

Andrea Pirlo was deemed a non-essential player by AC Milan, paving the way for him to join Juventus and play under Antonio Conte, a former Bianconeri legend. The Italian placed Pirlo at the heart of his midfield in order to create a juggernaut around the veteran and restore Juventus to their former glory.

Over the next four years, the Old Lady won four Serie A titles, the last of which was under Massimiliano Allegri, the coach who had let Pirlo leave AC Milan.

Real Madrid has established a period of incredible dominance on the European stage over the last decade, winning the UEFA Champions League four times in the space of five years — and Cristiano Ronaldo’s brilliance was a big part of that.

When Real Madrid paid €94 million to sign the Portuguese superstar from Manchester United in 2009, he became the most expensive player in the world. Ronaldo’s move to Los Blancos was, however, well worth every penny of that astronomical fee, as evidenced by his enormous success during his nine-year stay in the Spanish capital.

Ronaldo’s record-breaking 2013/14 season, in which he scored 17 European goals — the most by any player in a single UCL season — saw Real Madrid finally win La Decima after a 12-year wait. Between 2016 and 2018, the forward was the star of the show as the Blancos won three consecutive UCL titles under Zinedine Zidane, scoring 16, 12, and 15 goals respectively.

Five of Barcelona’s greatest strikers of all time 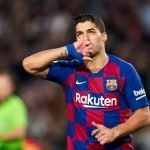 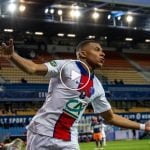