The Coppa Italia final between Juventus and Atalanta on Wednesday will almost certainly include references to the world of Non-Fungible Tokens (NFTs), which may be confusing for some fans.

After all, the rapid rise in popularity of tradeable online football merchandise is a relatively new phenomenon that is still poorly understood.

However, leagues and individual clubs see the burgeoning industry as a potential source of revenue, and they’re willing to risk short-term confusion in order to attract younger fans.

On May 22, seven NFT items related to the Italian final will be made available online. They will attempt to capture memories from the match in a virtual setting, and they should provide a financial windfall to those who purchase them.

What is the relationship between NFTs and the Coppa Italia final?

Lega Serie A has agreed to make Crypto.com (where the NFT set will be traded this weekend) the official sponsor of the Coppa Italia final, stating in a press release that the move will allow the governing body to “extend its target audience.”

The seven different Coppa Italia tokens will look like this:

Fans can buy and sell digital items through the Crypo.com exchange once they are released.

You might be wondering why this is such a big deal. Last month, an Aston Martin-licensed NFT drop sold tokens worth more than €2 million, and this event has the potential to reach similar dizzying heights.

Expect NFTs to infiltrate European football competitions in greater numbers in the future.

The digital Coppa Italia tokens are being promoted by Lega Serie A as a test run for a wider rollout. Not only does the governing body see potential revenue from related licencing agreements, but it also hopes that the initiative will boost young fan engagement in general. 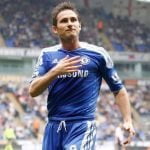 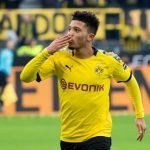