According to The Athletic, Romelu Lukaku will complete his Chelsea medicals on Sunday and will fly into London in less than 24 hours.

Meanwhile, the Belgian striker did not expect to leave Inter Milan this summer, but the club sold him after Chelsea insisted on signing him.

The 28-year-old will be signed for €115 million, as previously stated. As a sell-on bonus, his former club Manchester United will receive €4 million of the reported fee.

Meanwhile, Chelsea will pay Lukaku a net salary of €12-13 million per year (approximately £195,000 per week after taxes). That would make the Belgian the club’s highest earner.

Chelsea’s search for a proven striker has finally come to an end, according to reports that the London club had been interested in signing Borussia Dortmund’s Erling Haaland all summer. 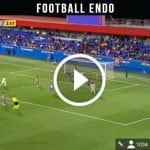 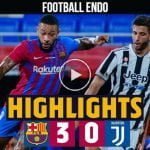 Barcelona Vs Juventus 3-0 Highlights & All Goals | Barca without Messi..