Inter Milan is going head to head with Juventus starting on 24 Oct 2021 at 18:45 UTC at San Siro/Giuseppe Meazza stadium, Milan city, Italy. The match is a part of the Serie A.

Inter, however, is unscathed by big injuries, though Hakan Calhanoglu only returned to training on Thursday and will have to contend for a midfield spot with former Juve player Arturo Vidal. Stefano Sensi, another engine room operator, returned from a knee injury this week and will join the squad.

In Simone Inzaghi’s tried and true 3-5-2 shape, Ivan Perisic and Denzel Dumfries should play as wing-backs, with Matteo Darmian and Federico Dimarco as good reserve options.

Edin Dzeko, the club’s top scorer, will partner Lautaro Martinez up front for the hosts, who have only scored twice against Juve in Serie A.

Paulo Dybala is expected to join Matthijs de Ligt in the Juventus squad for the trip to Lombardy after the Dutch defender returned from injury in midweek.

Alvaro Morata has also returned to the Bianconeri, giving Max Allegri plenty of options in the final third, where he is expected to pair Federico Chiesa with the Spanish striker.

As a result, Moise Kean and Dejan Kulusevski, along with Dybala, will be relegated to the bench, but should return in the second half.

While De Ligt is fit again, he may have to make way for Leonardo Bonucci and Giorgio Chiellini to reconnect at the heart of the visitors’ defence. 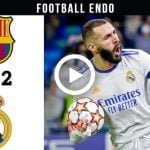 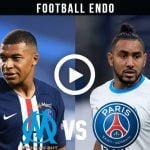