For the upcoming season, the Bianconeri have unveiled a new Adidas home kit for Cristiano Ronaldo and his teammates.

Juventus will celebrate their tenth season at the Allianz Stadium in the 2021/22 season, and the club will commemorate the occasion by designing a kit inspired by their own home ground.

The words “10 YEARS AT HOME” are emblazoned on the new collar.

Ronaldo and his teammates will debut the new kit against Atalanta in the Coppa Italia final on Wednesday, and then again against Bologna in Serie A on Sunday.

Starting today, Juventus fans can purchase the new home jersey on the club’s online store and in an official club shop.

Prices for a men’s or women’s home jersey start at €90. A €70 kid’s edition is also available.

The five most expensive attacking midfielders in history 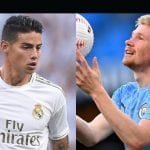 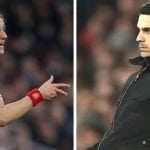 Prior to the exit, Arteta pays tribute to the “remarkable” Luiz.