Leicester City is going head to head with Chelsea starting on 20 Nov 2021 at 12:30 UTC at King Power Stadium stadium, Leicester city, England. The match is a part of the Premier League.

Leicester’s mainstay Youri Tielemans was forced to leave the draw with Leeds due to calf soreness, and he did not play for Belgium over the international break, with Rodgers now ruling him out for a few weeks.

Wesley Fofana and long-time victim James Justin will also be out, although Marc Albrighton and Ryan Bertrand are making fantastic progress in their recovery and could return shortly.

After his magnificent equaliser at Elland Road, James Maddison could profit from Tielemans’ absence this week, with Barnes almost certain to keep his spot in the starting XI.

Meanwhile, Chelsea has received two timely reinforcements ahead of this match, with Romelu Lukaku and Mason Mount both in contention to return after being spotted on the training grounds, but the former will not be passed fit.

Marcos Alonso has returned to training after recovering from an ankle injury, but Mateo Kovacic is still out and Timo Werner is still a huge doubt.

With Mount back in the lineup, Ross Barkley was given a surprise start against Burnley, but he’ll be replaced by Havertz, who is more than capable of leading the line without Lukaku. 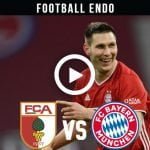 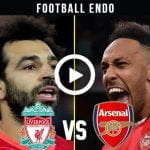