Malmö FF is going head to head with Chelsea starting on 2 Nov 2021 at 17:45 UTC at Stadion stadium, Malmo city, Sweden. The match is a part of the UEFA Champions League, Group H.

Meanwhile, Malmo are without veteran forward Ola Toivonen and Danish defender Jonas Knudsen due to long-term knee problems, but Niklas Moisander has recently returned to activity and might start in a back three.

Martin Olsson, a former Premier League player, is expected to start at left wing-back, with Eric Larsson or Jo Inge Berget on the other side – both wide men will be called upon to track back and form a defensive five at times.

Anders Christiansen, the team’s captain, begins in midfield in support of Croatian striker Antonio Colak, who was one of the top scorers in qualifying but has yet to register in Group – H.

Since both Romelu Lukaku and Timo Werner were hurt in the reverse fixture against Malmo, Chelsea’s injury list has been growing.

Both forwards are anticipated to be out until midweek, while the visitors’ Christian Pulisic, an American winger, is also absent.

Mateo Kovacic, who has won the Champions League with both Real Madrid and his current team, injured his hamstring in training last week and will not return until after the next international break.

Coach Thomas Tuchel may choose to rotate his resources ahead of Saturday’s match against Burnley, so Marcos Alonso, Ruben Loftus-Cheek, and the recently returning Cesar Azpilicueta might all be considered on Tuesday.

However, due to the absence of others, Kai Havertz is expected to remain the focal point in the front row. 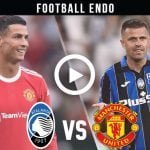 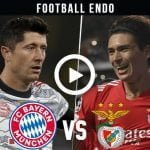