Allegri, who led Juventus to five consecutive Serie A titles from 2014 to 2019, is said to have grown impatient with the wait for the Real Madrid manager’s job, despite the fact that Zinedine Zidane has also resigned.

Allegri and Juve are said to have reached an agreement verbally, with an official announcement expected within the next 24 hours.

The assurance that sporting director Fabio Paratici would leave the club was crucial to Allegri’s decision, and he will indeed leave after his contract expires at the end of June.

Massimiliano Allegri is set to join Juventus! The agreement is now ‘imminent’ and Andrea Pirlo will be sacked in the next hours. ⚪️⚫️ @SkySport

Pirlo took over as Juve manager last summer but had a difficult season, failing to win Serie A for the tenth consecutive season and only narrowly qualifying for the Champions League on the final day.

His team was also eliminated from the Champions League in the last-16 by Porto in March, though they did win the Coppa Italia last week with a 2-0 victory over Atalanta.

Yet, according to reports, president Andrea Agnelli has persuaded 53-year-old Allegri to return to the club, with Allegri being offered a three-year contract with the option of a fourth, with a salary of around €9 million per year. 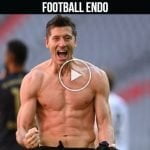 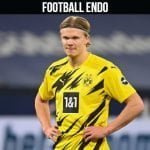