After months of inactivity in the English Premier League, Arsenal kicks off the season against newly promoted Brentford, with Arteta hoping to set a positive tone for the season and help fans forget about last season’s shortcomings.

With the Arsenal board investing heavily in the squad, including Tavares, Ben White, and Lokonga, they will be hoping that the new boys hit the ground running and make a name for themselves as the season progresses.

With players like Thomas Partey ruled out for the month after suffering an injury against Chelsea, Lokonga would be expected to step up.

Arsenal centre back Gabriel has also been ruled out due to an injury he sustained while on international duty with Brazil in the Olympic squad, which will allow new centre back Ben White to shine as Gabriel is expected to be out until September.

Because Rob Holding is out for the time being, Pablo Mari and Ben White will almost certainly form a defensive partnership.

Eddie Nketiah has been ruled out of the match due to an ankle injury he sustained in the preseason friendly match against Chelsea. He is expected to be out of the squad until early September.

The Gunners will begin the new season and their first game with Bernd Leno and Alex Rnarsson as their goalkeepers.

Aubameyang, Lacazette, Pepe, Willian, and Martinelli are the available attackers for the attack. 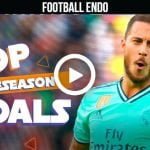 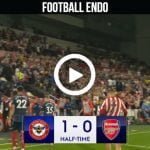