The England manager has been a long-time admirer of the 22-year-old, who has now started the last seven games for the Three Lions.

In recent times, many have claimed Mount only starts games because of favoritism from Lampard. Southgate says everyone else can now see what a talent the midfielder is, but sarcastically suggested it is only because he has been given the backing of Chelsea manager Tuchel.

Mount completed England’s scoring in a 2-0 win against Albania to maintain their perfect start to their World Cup qualifying campaign.

Southgate said after the game as quoted by Goal:

“He is a great player, but I was saying this in the autumn. I suppose now that Thomas Tuchel picks him, everybody will agree. When it was Frank, it doesn’t count for some reason.

“He is an exceptional player. He finds space intelligently, he manipulates the ball very well, he creates chances and he can score goals. I thought his performance was excellent tonight.”

Reacting to another brilliant outing, Mount says he isn’t taking anything for granted. He said:

“My mentality is always that I just keep working hard to get into the team and stay in the team and just try to get as many games as I can. That is always my focus.

“Obviously very fortunate to start the last seven games and I’m in a good place at the moment and scored tonight.

“I am confident. I’ve just got to keep that going. Now the focus is on the next game. It is a massive game against Poland.” 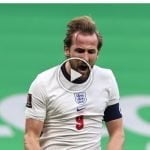 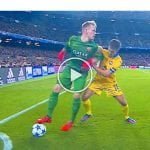