Despite the fact that no goals were scored during the qualifying match, the Estadio San Juan del Bicentenario witnessed a display of incredible ability.

After being on the receiving end of an audacious Di Maria nutmeg shortly before half-time, the Brazilian forward, who has been in good form for Real Madrid this season, may have been eager to avenge himself.

Di Maria took the ball on the right side of the field and caught a glimpse of Vinicius out of the corner of his eye.

Using the bottom of his left boot, the Paris Saint-Germain forward tugged the ball back through Vinicius Jr’s legs.

Vinicius Jr. not fazed by the nutmeg produced stunning rainbow flick to embarrass Molina in the second half. 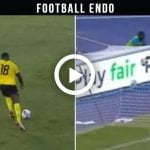 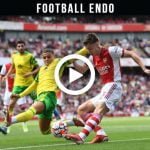