The Day Real Madrid were UNSTOPPABLE.

“Isco was magical that quarter final match against Juve. It was one of the best performances by creative midfielder I have ever seen. Ever.”

“No Ronaldo, No Ramos, No Varane, No Zidane.I miss the good old days.”

“the aura and the confidence that 3 peat squad had was immense.CR7 walking in with the noodle hairdo with the legendary CL ANTHEM IN THE BACKGROUND the game was done even before it started.”

“Those were the days! And I took it for granted. I thought at that time it would last forever. Legendary years.”

“One of the greatest games of Real Madrid in the 21 century. Total dominance at one of the hardest stadiums in the world, we won 3-0 that should have been 6-0 easy.”

“When we used to have goals machine like CR7, and Bale & isco were in top form.” 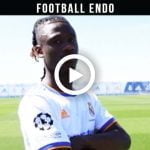 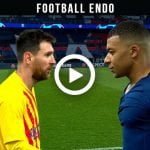