Alonso is the first to score.

The breakthrough comes from Alonso’s left foot. Mount scores another free kick as he continues to show up in unexpected places. Alonso takes a step forward from 25 yards out and curls a fantastic strike into the top corner.

Palace is unable to keep Chelsea out, and five minutes before half-time, Pulisic adds a second for the visitors. It’s all far too simple. Guaita deflects a low Mount cross straight into the path of Pulisic, who fires high into the roof of the net from six yards out. It’s possible that the game is already over.

The Blues are in third place.

What a blunder. Chalobah scores his first senior goal for the Blues on his Premier League debut, making it a memorable moment for him. He is not restrained and is free to fire from a distance of 25 yards. A spectacular strike lands in the bottom corner. 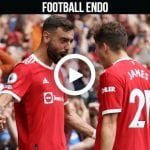 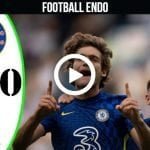