Wednesday’s match in Belfast will be the first time Chelsea and Villarreal have met in a competitive match, and while winning the Super Cup may not be the most coveted prize on offer, there is no better way to start the season than with some European silverware.

Sevilla, Porto, Atletico Madrid, and Real Madrid were all no match for Tuchel’s unstoppable Chelsea side in the Champions League last season, but the West London side travelled to the Estadio do Dragao for the final holding a 1-0 lead.

Pep Guardiola’s gambles, however, did not pay off – and an unfortunate injury to Kevin De Bruyne did not help matters – as Kai Havertz’s 42nd-minute strike settled the contest, allowing Chelsea to win Europe’s top competition for the second time in nine years.

Tuchel’s return to Stamford Bridge was greeted with a brand new contract until 2024, after the ex-Paris Saint-Germain coach led Chelsea to European glory after just one half-season in charge, and his Blues side went through pre-season without losing a single game.

In the Mind Series, Chelsea has a 2-1 win over Arsenal and a 2-2 draw with Tottenham Hotspur, though they will be disappointed to lose a two-goal lead in the latter, while Bournemouth and Peterborough United have also succumbed to Chelsea’s superiority.

Chelsea have failed to keep a clean sheet in any of their pre-season games, and they have lost their last three UEFA Super Cup matches to Atletico Madrid, Bayern Munich, and Liverpool.

The Gunners were just one of many Yellow Submarine victims during a dominant Europa League campaign, but Emery’s attempt to bring European silverware and Champions League football back to the Arsenal faithful failed miserably.

Villarreal’s pre-season period, on the other hand, has been a complete disaster, with Emery’s side failing to win any of their six exhibition matches, most recently losing to Leicester City and drawing with Leeds United during a brief tour of the United Kingdom.

Villarreal will be making their Super Cup debut this year, having won the Europa League for the first time in 2020-21. Victory for the Yellow Submarine would make them the sixth different Spanish side to win the competition, surpassing England – who they currently share the record with at five apiece – and Emery’s side are unbeaten in their last 15 continental matches.

Emery has stated that he expects to face a weakened Chelsea side this week, as Mason Mount, Thiago Silva, Cesar Azpilicueta, and Jorginho have not participated in any of their team’s pre-season games.

Chelsea’s international finalists, on the other hand, have been named in a strong 24-man squad, but Ross Barkley, Davide Zappacosta, and Tiemoue Bakayoko have been left out.

Chelsea are reportedly close to completing a £97.5 million deal to bring Romelu Lukaku back to the club, and he could have played if he had been announced and registered by 11 p.m. on Tuesday, but for the time being, Timo Werner, Tamo Abraham, and Kai Havertz will provide the options up top.

The main stories of Villarreal’s summer have been in defence, with permanent signings Juan Foyth and Aissa Mandi, while Manchester United target Pau Torres – who represented Spain at the Olympics – remains on the books.

Samuel Chukwueze, who suffered a season-ending hip injury against Arsenal in the Europa League semi-finals last season, has been left at home, while Dani Parejo has been ruled out due to a calf problem.

Fer Nino has been chastised for his tackle on Wesley Fofana, which resulted in the Leicester midfielder breaking his fibula, while Gerard Moreno looks to build on his seven Europa League goals last season. 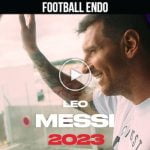