In many ways, Olivier Giroud seems destined to play for an Italian club like AC Milan.

Because there are other strikers who can do his job better, the French forward has always been undervalued.

Giroud, on the other hand, has established himself as one of the best strikers in the world over the years.

It’s finally time for Giroud to take his talents to another country after a long career in English football.

The striker, on the other hand, is more than a lucky striker. He is convinced that his decision to join AC Milan was dictated by a higher power.

It’s amusing to consider the clubs that treat their veteran players better than the rest of Europe’s clubs.

AC Milan, for example, is at the top of that list. Giroud will have every tool at his disposal to help the Rossoneri win titles.


This is what Giroud had to say about playing for AC Milan, according to Goal:

“I won many trophies at every club I’ve been at and would like to do the same here. I do have an objective in my mind, but I don’t want to reveal it, otherwise there’d be too much pressure. Let’s just say my final objective is to win with Milan.

The time had come to leave Chelsea and discover a new league. God wanted me to play for Milan. This is one of the biggest clubs in the world and I really believe in the project here.

“We’ve got what it takes to have a very good Champions League campaign. I am not superstitious, a shirt number cannot change the way I play.

Strikers like Inzaghi, Marco van Basten and Jean-Pierre Papin wore this shirt for Milan, but I don’t feel the pressure. My age means nothing,” he added.

Zlatan Ibrahimovic is a few years older than me, but it’s all about your mentality. With the right motivation, you can still push hard.” 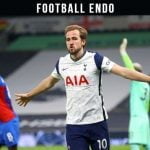 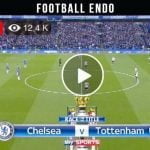